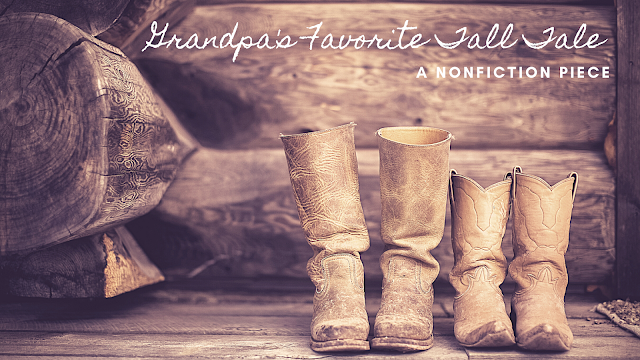 2020 Note to Readers:
Obviously things have changed quite a bit in the years between when I first published this piece and when you are reading this. In updating the post with graphics, I've reread it and debated with myself over whether or not to leave it up.
My grandfather's story is a tall tale with plenty of unbelievable elements. Unfortunately, some of those unbelievable elements play into horrendous stereotypes of Native American people and culture - stereotypes I do not believe in or support. While I remember him as a man who genuinely loved and respected family members of other races and ethnicities, I also know it is likely that he may have had some racist thoughts/ideas he'd never thought about or been confronted with.
Which is why, ultimately, I've chosen to leave it for now - as a reminder to work harder at examining my own thoughts/beliefs and confronting the things I've said or done in the past that reflect views of mine that have changed.
----------------------------------
I wrote this back in December, and it was published in the Jan/Feb 2006 edition of Riders 'n Reapers (a free online web magazine). 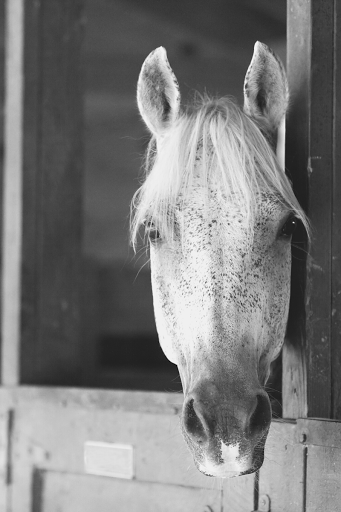 As my dad and I stood in front of the coffin at my grandfathers viewing. Dad pulled out a miniature toy horse he had purchased two days before. As soon as I saw it, I knew exactly what the horse meant. I had heard the tale enough times from both my grandfather and my father. It was my grandfather's favorite story to tell. Whether its true or not is something that doesn't really matter. It always brought a smile to my face whenever I heard it, and I hope that it makes you smile, too.

It was in the middle of May, 1929, less than six months before the Great Depression hit. At the time, my grandfather's parents, Oliver and Ollie, were living in a one-horse town in the southeast corner of Oklahoma that no longer has a name, where everyone either knew or was related to a Pollock. They lived there along with most of Oliver's brothers and sisters and their families, and most of them are buried together, but that is another story entirely.

On that fateful day in May of 1929, Ollie, expecting to go into labor with my grandfather at any time, and her trusted mare in similar shape were working in the fields around the house, plowing them up to plant. Where Oliver was, I don't know exactly, and my grandfather never said, but he was a minister for many years, so he had to be off doing something of importance.

The middle of the day came with the sun beating down on Ollie and her mare as they continued to plow the field. She looked up to wipe the sweat from her brow, and a horrifying image met her gaze. An Indian war party was galloping in her direction, their attention riveted on her and her mare.

Being a quick-thinking and acting woman, Ollie detached the mare from the plow and attempted to climb onto her back. She needed to get them to safety. That was when the first labor pain hit, hard and completely unexpected. Knowing that she was in imminent danger and that staying would only guarantee a swift departure, she struggled her way up, kicked the mare into motion. She held on tight as the mare flew across the fields to safety.

It seemed like hours passed before Ollie and her mare reached an old, abandoned barn. Since the barn seemed sturdy enough, she got off the mares back and led it inside just in the nick of time. The war party had followed them.

Ollie's heart was beating wildly in her chest as she searched for a spot that would not give away their presence. The labor pains were getting worse and worse all the time, coming so fast she knew that the baby wasn't going to wait. The baby's mother was in the worst danger possible.

As Ollie took a deep breath and looked over at the mare, the sympathetic look in its eyes and soft nicker reminded her that she wasn't the only one expecting. The way that the mare moved to the furthest corner and just well, stayed there, along with the pain that suddenly entered its gaze let Ollie know that the worst danger to them might not be from the outside of the barn. 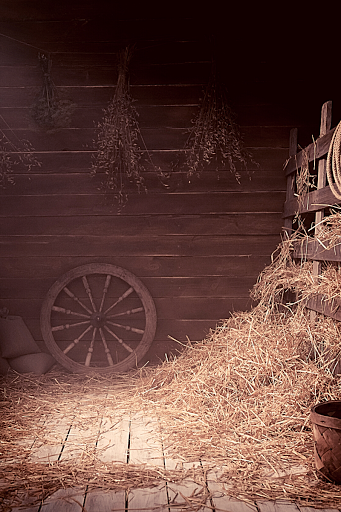 So they huddled in an empty stall in the barn, Ollie and her mare, in a stand-off with the war party that was waiting just outside the barn for them. Ollie was in so much pain that she couldn't stand, instead huddling in a corner while her mare paced the length of the stall enduring the same pain. Neither mother let out so much of a whimper, because they knew that the sound would carry outside, let the Indians know where they were and bring the entire war party down on them.

After hours of endless waiting, Ollie and her mare silently delivered their offspring into the world just before sunset. Ollie carefully cleaned up her little boy, Joe, while the mare did the same with her colt. There was plenty of food for the mare and her colt but nothing for Ollie and her son. They knew that it was time to make a run for it. When the foal was up and walking around on its feet, Ollie jumped onto the back of the mare and Joe jumped onto the back of the foal. Together, mother, son, mare and colt rode into the sunset and out of danger.

I can almost hear Grandpa's voice as I remember the story of the horse and its foal. I cried a little when Daddy pulled that horse out of his pocket, set it on Grandpa Joe's arm and said, "Ride it home, Dad."

As I write this now, I imagine Grandpa riding his horse to meet his momma and daddy. You see Ollie and Oliver both crossed home to the other side of the sunset fifteen years ago. I picture the three of them together riding with the sky spreading brilliant colors as their backdrop and I, too, say, "Ride it home, Grandpa. Ride it on home."