We're Getting Into the Wild... (52 Weeks of Books Challenge Week One) 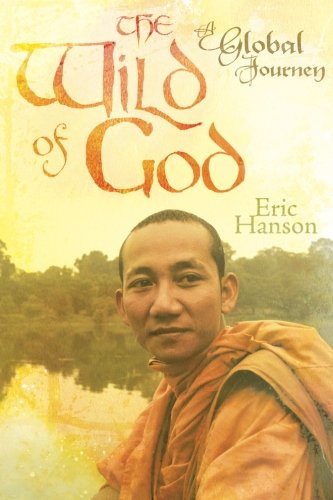 Summary:
The Wild of God is the story of the author's experience on The World Race, an eleven month, eleven country mission trip through Adventures In Missions (a Christian missions organization based in Gainesville, GA in the USA). It chronicles the people he met and the ways he changed over the course of his journey.

Why I Read It:
Eric Hanson was one of a few people from the on-campus fellowship I was a part of in college to go on the World Race in January of 2007. In the spring of 2008 (after his return to the USA), he came back for awhile while he started working out what was next. One night after our large group meeting, a friend invited him to join us for our post-large group hangout time. Usually we drank tea and processed what we'd heard at the meeting, but that night Eric shared a cup of tea with us as well as some stories of his travels.

Fast forward to a few years ago, when Eric put it out to the World Race Alumni network that he had written a book and was giving away free digital copies in exchange for honest reviews and shares on social media. Knowing some of the stories already made me excited enough to put my name on the list to get a copy. Then life happened and shinier books came out and I didn't finish it.

Opinion:
For me, it was a combination of sitting in my friend's dorm that night nine years ago hearing some of these stories for the first time and being on the World Race myself again. The stories stuck with me from that night until I put in an application to go a year later, and it was exciting to read in detail what Eric had talked about with such passion and conviction. For the most part, I found the book easy to read and relate to, and a lot of the emotions I remember feeling when I was on the World Race came back up as I got further in.

I think the only real critique I have is the loose end that seems to be a young woman Eric runs into more than once in his travels named Jenny. I already knew she was another World Racer, and that they reconnected after she finished her eleven months (perks of being a part of a network of World Race alumni, I guess), but none of that is obvious in the book. It is confusing that she comes up so much, but nothing is said about her or where things have gone in the epilogue.

Conclusion:
I finished reading this book almost seven years to the day after I left home to go on the World Race. It only felt right to kick off the new year and honor the transformation it brought into my life by reading about how it changed the life of someone who had done it before. I've read and shared more than a few stories about missionaries and what God is doing through them, but I know I've only just scratched the surface a tiny bit. There are thousands of missionaries out there, doing and seeing incredible things. They all have stories to share, and we need to be proactive about finding them. The Wild of God is a great starting point.