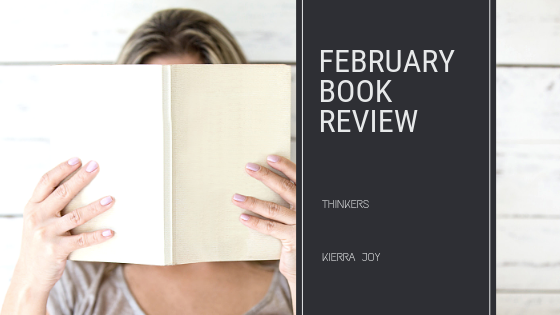 Happy Thursday! Welcome to the end of February and another end of the month book review. Today, I'm reviewing the first in a sci-fi/fantasy trilogy that deals with strange disappearances, a secret facility, and a young woman trying to find the truth about what happened to her. If this story sounds good to you and you're interested in my thoughts on it, keep reading!

Disclaimer Tag: The book for this month's review was provided to me for free by the author in exchange for a fair and honest review of their work.

Summary:
Weeks after disappearing without a trace, Jade Wesley mysteriously returns to the site she was taken from with no memory of the time she's been gone. This is not the first time she's disappeared, though, and no one wants to believe her when she starts to remember - not without proof. Not her family, not her friends, and not her doctor.

Once faced with the evidence, Jade's friends join her in her quest to find the facility where she was held and see that it is shut down - for good. Will they be successful, or will they become pawns in a twisted mind game?

Where to find Thinkers and Kierra Joy:
Here are the links to where you can find Kierra Joy and her work.

My Opinion:
Thinkers was a fast read - which makes sense after reading the author's notes at the beginning and realizing this story started its life as a screenplay. I try to leave myself more time than I need when reading books for review, but this one took less than I would have allotted if it were a pleasure read.

While Jade was not the easiest (or most sympathetic) character I've ever read, there were a couple of things that did endear her to me. One is that she never. gave. up. Not when her friends and loved ones doubted her memories. Not when her doctor expressed his disbelief. Not when it seemed impossible to get back to the facility she had been taken to, and not when she and her friends faced certain death at the hands of the people who'd taken her. Jade was unshakable.

The other thing I loved was how Jade did not hold her friends' disbelief against them. Given her history of running away, she understood where they were coming from and let it go once they apologized. From experience, I know that's a hard thing to do.

For all of the high points listed above, one of the biggest problems I had was with the formatting. As fast as it was for me to read, there are still some massive paragraphs that could stand to be broken down into smaller chunks. Some conversations are broken down better than others, but there are still paragraphs with multiple characters speaking and no breaks between their bits of dialogue. I'm sure there are some things I missed in the reading of this one because I tend to skim through longer paragraphs.

Another big thing for me (that may not be a problem for some) is the use of first person POV to differentiate the voice of the main character from the others. Also, whether it's first or third person, it's all written in present-tense. Present-tense doesn't really bother me (I use it in my own writing sometimes), but using first and third person to keep track of which character the reader should be following does. Some people like it, but I don't. If you're like me, this will probably bother you, too.

Conclusion:
For a debut novel, the premise of this trilogy is intriguing. Sometimes stories need a little more attention to formatting, though, and this is one of them. The next book in the trilogy is not slated for release until the end of the year and I'm hoping it's not so much of an issue.