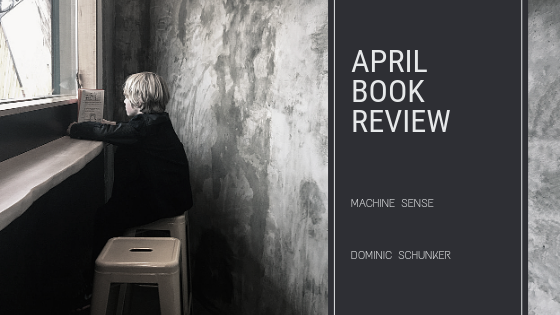 Time travel, aliens, and alternate histories. We're hitting all this and more in this's months review, so stick around if any of these science fiction sub-genres tickle your fancy.

The book for this month's review was provided to me for free by the author in exchange for a fair and honest review of their work.

The timeline is changing, and Zak seems to be the only person who can see it. Overnight, his best friend becomes a stranger. One president becomes another. TV shows disappear off the schedule and environmental disasters that had been successfully averts occur without warning. He's gotten used to holding his tongue, filing the changes away and adjusting to them... until his teenage daughter starts seeing the same things. In order to keep Izzi alive, Zak has to figure out who is trying is manipulate the timeline, why they're doing it, and stop them before it's too late.

After reading An Unfortunate Dimension, I was low-key excited to see what kind of story its author would come out with next. A story about a changing timeline and the people who can see it happening sounded amazing, and the overall experience of reading Machine Sense was enjoyable for me.


What was great about this story

Like An Unfortunate Dimension, Machine Sense does not suffer from a pacing problem. The story moves at a quick speed that suits the urgency of the situation its main character, Zak, finds himself in. The people manipulating the timeline are after Izzi and everyone else like her. After losing his wife to a serious health condition, he's not ready or willing to lose his daughter too and will go to whatever lengths necessary to keep her alive and safe.

Speaking of Izzi - I loved this girl's determination, spunk and sassiness. She's a smart cookie, quick to pick up on when the adults around her are trying to hide things, and not afraid to speak up with her thoughts and opinions. It's also clear that, despite the outward appearance of insolence, she has a solid relationship with her father.


What was not so great about this story:

Yes, Izzi is determined, spunky, and sassy, but I (like other reviewers) found her use of the F-word to be excessive. Given how often it was used, it seemed to be the only curse word Izzi knew. I know that some teenagers swear like sailors, but that could have been shown with half the F-word and/or more use of other types of cursing.

(Edit 5/15/2019: While the reviewer's copy I received was full of the above language from Izzy, the author has reached out to let me know that Izzy's language has been edited since, and the above stated problem should not be one now.)

Or explained as being her favorite word. That might have worked too.

Also, the circumstances under which Zak, Izzi, and other characters with the ability to recognize changes in the timeline get their ability do not get the time or development they deserved. The explanation is given in conversations between Zak, Allie (his love interest in the story, who also has the ability to see the timeline changes), and Allie's mother in the back half of the story.

Lastly, Machine Sense doesn't have a problem with keeping the story moving, but it spends more time on developing the parts of the story that are less important and/or not necessary. For example - Zak and Allie hook up for the first time early on in the series, which results in Allie getting pregnant. There's not much point in this development, other than morning sickness making an information-gathering mission a little bit more difficult. Afterwards, Allie's kicking ass, taking names, and traveling in time like she's got no reason to hold back and only seems to give thought to that pregnancy when it's time to go see her mother.

And I think the last point is disappointing because An Unfortunate Dimension did not have the same problem. Everything fit together much more easily, and nothing felt extraneous.

I was low-key excited to read Machine Sense. It was enjoyable, but the end result was not as spectacular as I thought it would be after having read Schunker's first release. I know there are a lot of expectations built up with a sophomore release - sometimes too many - and it can be hard to deliver sometimes. The hits in this story outweighed the misses for me, and I'm looking forward to reading the next release.

Machine Sense can be found online at the following retailers:

You can find Dominic Schunker on the following social media sites: