June 20, 2019
Update May 2020 - I'm currently going back through my Facebook posts and deciding what I want to leave up for public consumption and what I want to leave private (mostly photos of family that I don't want to leave accessible forever). I thought posting the text of those posts, along with some of the photos I'm okay with leaving public, here on the blog and backdating the posts to the days they went up would be a good alternative. This blog post is dedicated to all of the fire-related post on Facebook that are not specifically updates and backdated to the most recent of said posts.

If you've landed here in the midst of a difficult season (that is difficult for no fault of your own), I hope this helps. Leave a comment or send me a message (catpollockwrites @ gmail .com - remove the spaces) if you want someone to talk to, or even just someone to listen.

So. Once I get my head around this, I'll have more to say, but for now just know that we're all safe and sorting things out. I'll let you know if we need anything and what we need when we know.

Only managed to get a couple of pictures this morning before the firefighters started spraying down hotspots. Still no words that can describe what it's like to see the house you grew up in go up in smoke. 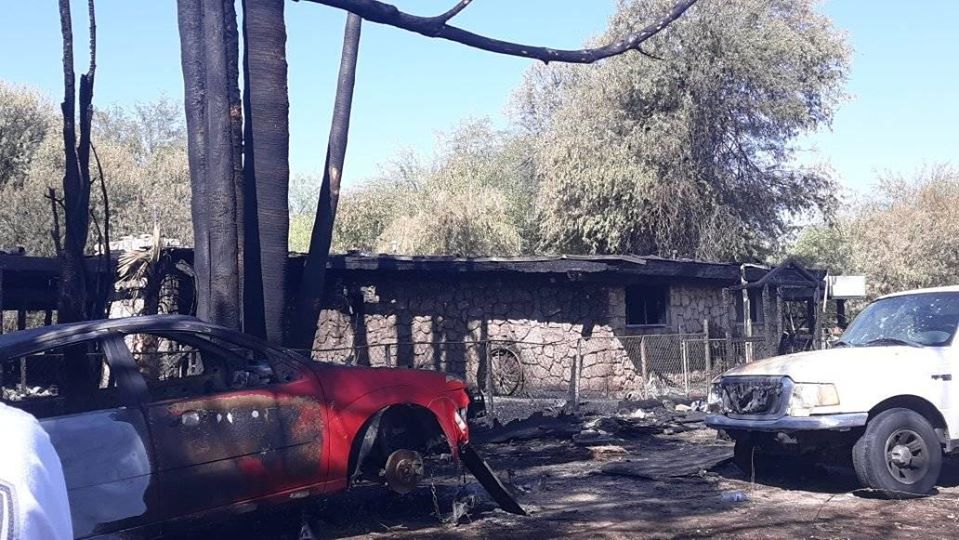 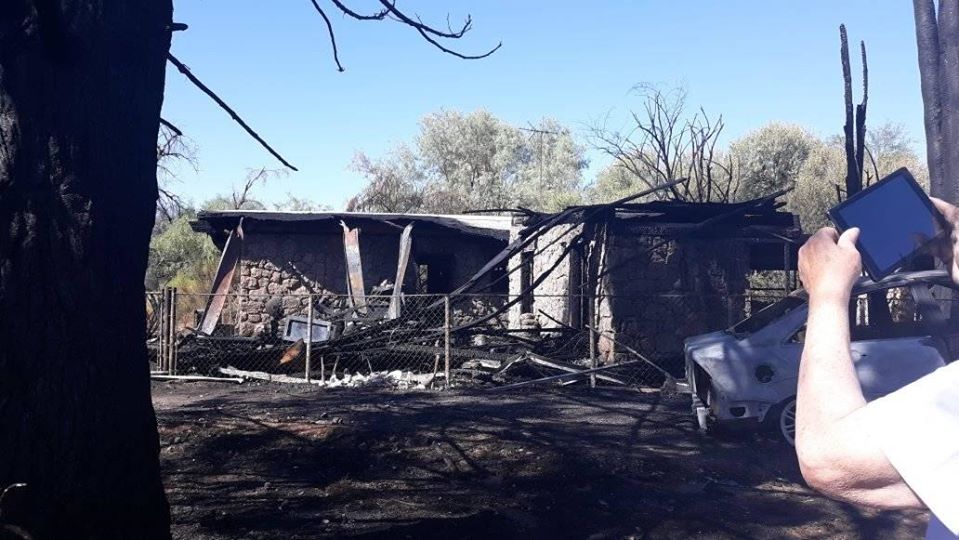 I'll be posting a proper update later, but I found this water bottle sitting on my coffee table this morning and wanted to talk about it because of what it represents - the alert members of the construction crew from across the street. They called 911, evacuated my father, my sister, my nephews and niece, and my uncle before the fire got to the house, and used water tankers from the construction site to help keep the fire from my house and my aunt's and uncle's until the fire fighters arrived. They made sure we all stayed hydrated and that my sister and youngest nephew could sit in an air conditioned vehicle until the Red Cross crisis response team arrived and took over. As bad as it is, they saved the lives of four children and three adults and helped save the house I live in. I will be eternally grateful. 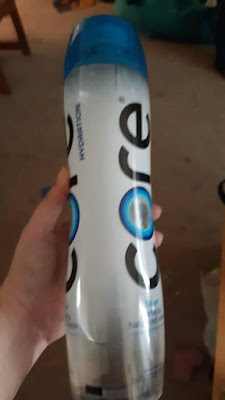