June 19, 2019
Update May 2020 - I'm currently going back through my Facebook posts and deciding what I want to leave up for public consumption and what I want to leave private (mostly photos of family that I don't want to leave accessible forever). I thought posting the text of those posts, along with some of the photos I'm okay with leaving public, here on the blog and backdating the posts to the days they went up would be a good alternative.

If you've landed here in the midst of a difficult season (that is difficult for no fault of your own), I hope this helps. Leave a comment or send me a message (catpollockwrites @ gmail .com - remove the spaces) if you want someone to talk to, or even just someone to listen.

For those of you who didn't know, my sister and I live in one of other two houses on the corner that didn't burn. We didn't lose electricity, but we lost running water because we're on a well system and the pump for the well was by my parents' house. Because of that, we were temporarily relocated. Update (and good news) is that between three uncles and a cousin's husband, they were able to get the water running again. Juanita and I are back in our home tonight.

I wish there was more to report (and more good), but it's a start, right?

Also, while I was checking the mail (such a weirdly normal thing to do, right?), I snuck a pic of the west side of the house, where most of the bedrooms were. It gets easier, right? 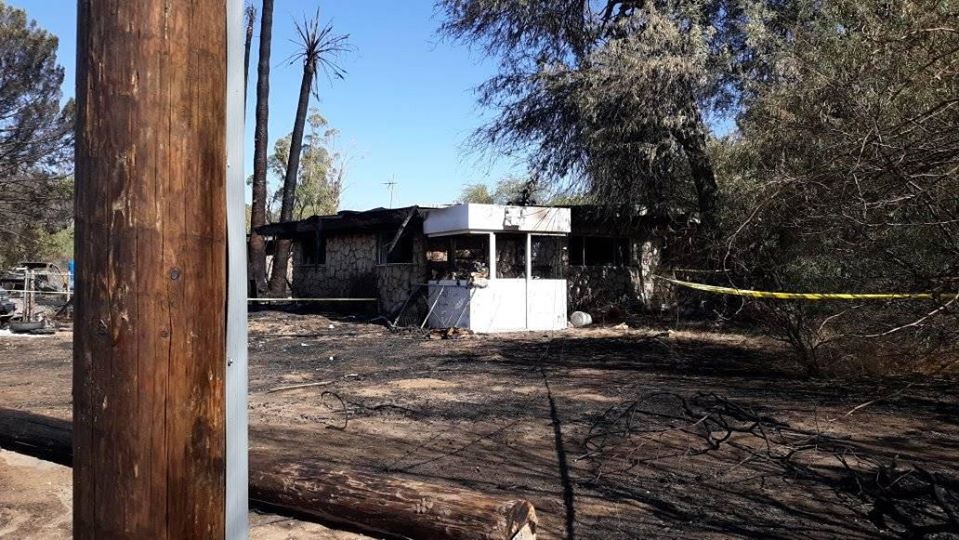