It's been five months since the last time I posted any updates on life/projects/etc (see January 2019 Project Update if you want to catch up before going further). I'm writing this post while in recovery mode - from being sick, from Vacation Bible School, etc. - so if I sound less than coherent, that's why. I'm also in the middle of a pretty crazy life change, which I'm not quite ready to talk about yet, but will share in the soonest update after everything has settled down.

In the meantime, here is where I'm at with all of my projects.

Where I'm at with The Switch Series

While I had plans to be finished with the second draft of Izzy and the Safari Switch by this point, the reality is that I'm only about halfway through. I knew the second draft was going to need a heavy hand with the rewrites, but I did not realize how much until I dove into it.


On the plus side, I've made a lot of progress in figuring out what will be happening in other parts of the series and with what order the other parts will likely be published in. It's frustrating to still be this far behind, but I'm trying not to let it dampen my enthusiasm for the project as a whole.

Where I'm at with The Memory Bank Chronicles

At the time I sat down to write this update, I had not touched anything related to this series since the the last update. By the time you are reading this, though, I should be working on the next draft of the first novella in this series. My brain has had plenty of time to work through the knots that came up in the last draft, so I anticipate an easier time of it with this draft.

What else is on the horizon

I think I mentioned the potential for a short story or two in the last update? I'm not a hundred percent sure where I mentioned it - either here or somewhere on social media.

On the short story front, I posted a short story here on the blog on Valentine's Day. Currently, I'm working on the third draft of a short story I wrote towards the end of last year. Will I be publishing the new one? I would like to. I need to decide the best way to publish it once it's complete.

As far as this blog is concerned, I'm elbows deep in research for my SciFi Through the Centuries series and enjoying every minute of it. I may compile the series into an e-book at some point if enough people are interested. 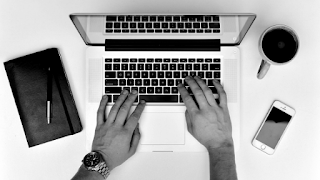 Lastly, there are a couple of side projects I've been considering, but I'm not making any decisions about them until I get my feet back underneath me. If I do, I'll talk about it soon.

Want to keep up with me in between these updates?

The best way to do that is by following me on social media at the links below:

It's been awhile since I've said this, but thanks for stopping by. See you in a week for the next one!