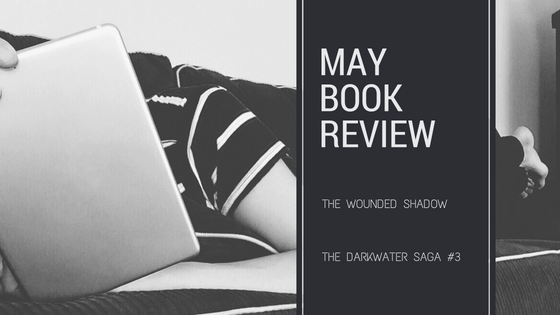 Before I get into this review, I thought it prudent to let you know about a couple of things moving forward with any book review I post on this site.

First, when I post a review, expect to see the following included at the beginning of the post moving forward:


Second is that I will try to post book reviews once a month now, depending on what else is going on with my editorial schedule moving forward. Some months may see two reviews, others may see none.

Now, on to the important stuff related to the actual review… 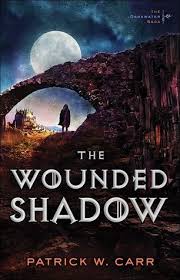 Summary:
The Wounded Shadow the third and final installment of Patrick W. Carr's The Darkwater Saga. The Vigil, a group of gifted individuals with the ability to delve into people's memories, is fragmented and scattered in different parts of the world on seemingly separate missions in the fight against an encroaching evil based in the Darkwater Forest. Will they be able to complete their tasks and save the world, or will the world be overrun?

Opinion:
You know how sometimes it's easy to pick up a book in the middle (or at the end) of a series, read it first, and not feel like you needed to read anything else in order to keep up with what is going on? Yeah… The Wounded Shadow is not one of those books. While I was able to get into and enjoy it, I struggled to catch up because I did not have the previous stories (By Divine Right, The Shock of Night, and The Shattered Vigil) as a frame of reference.

That's on me, though. Not the author.

Aside from that, my biggest issue was with the handling of shifts in points of view (POVs). I have a hard time staying with a story that shifts between first and third person POVs. The Wounded Shadow did this often, with the series main character (Willet Dura) in first person and everyone else's in third. It took me longer to get past the hurdle of skipping previous parts of the story than I might have been able to otherwise.

On a much more positive note, though, I felt like the characters in this story are generally well-developed and grounded in who they are. Even without backstory from previous parts of the series, they moved around in the world in ways that made sense for what I was able to pick up on about them. This includes Toria Deel (one of the lead figures in the Vigil) and Gael (Dura's fiancée). Both are strong, smart, and very self-aware. They know their strengths and their weaknesses, and they don't let their weaknesses hamper their ability to act when they need to. I understand that this series is about Dura's character, and his story needed to be the focus, but I am going to put it out there that I would not mind reading a prequel series about Toria Deel's younger days.

First, DON'T read a series of fantasy novels out of order!

Okay, well maybe you can get away with it for series like The Chronicles of Narnia. Otherwise, just say no to the temptation to start anywhere other than the beginning.

Second - like I said last year in reviewing Nancy Miehl's Dark Deception (a romantic suspense novel), Christian fiction is improving. The Wounded Shadow is also an example of how much progress is being made.